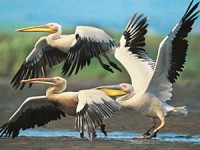 The richness of life

Flora and fauna make Lake Skadar unique and well-known in the world. Enchanting richness of flora and fauna. Lush vegetation has always fascinated biologists but interesting and ordinary people because diversity is alluring to surrender devote time this part of the Balkans. 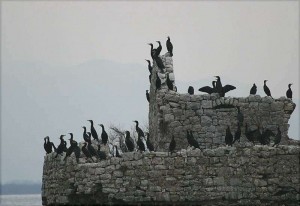 When we talk about the flora of the Skadar Lake should be noted that characterized many Mediterranean and continental types. There are more of 25 rare and endemic and some of them are Skadar dub (Quercus subsp. Scutariensis) and water chestnut (Trapa natans var. Scutariensis). 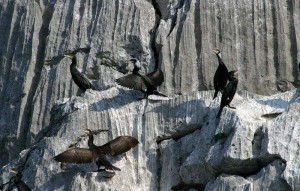 According to the latest research, there are as many 930 species of algae and their different forms. Of that number, 246 were new algae in the lake, and 135 are very rare in the world.

On the territory of Skadar Lake there except water lily and cane and numerous trees whose versatility can be attributed to climate, hydrographic, geological, and many other characteristics and certainly an extraordinary geographical position. 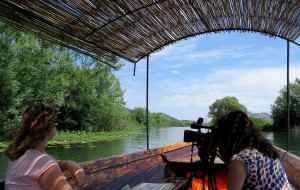 It's an ecological oasis of tranquility and close contact with nature.

In it you can find 50 species of fish of which are native species carp and bleak, and the lake is the largest lake reserve in Europe. In the waters that belong to the National Park live 39 species of fish, of which the best known are: bleak (Alburnus alburnus alborella), carp (Cyprinus Caprio), eel (Anguilla anguilla), mullet (Mugil cephalus), mullet (Lisa ramana) and many others. As for the species that inhabit the lake occasionally there are: the grass snake (Tropidontus natrix), pond turtle (Emysorbicularis), legless (Ophis aurus apodus) and many others. 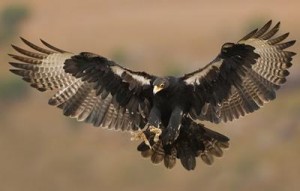 Skadar Lake is habitat of 280 bird species of which are on the endangered list. 73 are migratory nesting birds; 18 are regular visitors; 45 are winter guests; 12 species regularly spend summer without nesting. The type of endangered are the pelican (Dalmatian pelican Pelecanus crispus) and Cormorant (pygmy cormorant Phalacrocorax pygmaeus). During the autumn migration number of water birds on the lake is extremely large. The possibility of observing both by ornithologists, and by amateur enthusiasts is immense. On the lake are numerous towers and platforms specially for observation and story are set at 5 ornithological reserves: the monastery deed, Grmožur, Omer gorica, Black grill and Pancevo eye. Grmožur is but name Montenegrin "Alcatraz" also known as "bird island". Skadar Lake is for some kind of a temporary resting place during their migration from Central and Northern Europe to Africa. This is favored in the zone of confrontation of large zoogeographic areas (artićkih starters, Mediterranean and North Africa) ii as the average temperature of the water in the lake during the summer 22 Cº, and during the winter does not drop below the 11th graduation. You can find copies of the African species of birds, as well as some from western Siberia.

The lake is the nesting area of the silver seagull, gulls on the island, the largest in Montenegro of its kind. There are wild duck (Anas platyrhynchos), guillemot (Gavia imme), Bonelli's Eagle (Hieraaetus fasciatus), the Booted Eagle (Hieraatus pennatus). As for the mammals they are less present in the marsh's biotopes such as birds and there are only a few typical aquatic representatives of which are the most numerous: - the water shrew (Neomys fodiens), water vole (Arvicola terrestris), and the otter (Lutra Lutra). From mammals are the most common: hare (Lepus europaeus), squirrel (Sciurus vulgaris), wolf (Canis lupus), fox (Vulpes vulpes) and wild boar (Susus scrofa). From islands that are heavily populated bird species highlights the Galebovo (Seagull) island that is also the largest nesting area of the silver seagull in Montenegro. What is interesting for visitors to know is that the seabirds nest on freshwater island. Nests and birds are allowed to take pictures and shoot while stressing that the eggs do not touch because they smjiu protected species. A number of interesting islands are not only cultural and historical monuments of the past, but are also a real bird paradise.

On the island of Beska a visitor can often see flocks of rock doves or little owls. On the island Omer’s Gorica are herons. Among the laurel trees, there are about 40 nests of gray herons, which are believed to be the only species that lives in the laurel. Especially the little egret, and both species are endangered and protected by law.